With Halloween just around the corner, Nike has been giving fans more looks at its upcoming Halloween-inspired range. Set to join the Air Max 95 “Freddy Krueger” and Air Trainer 3 … 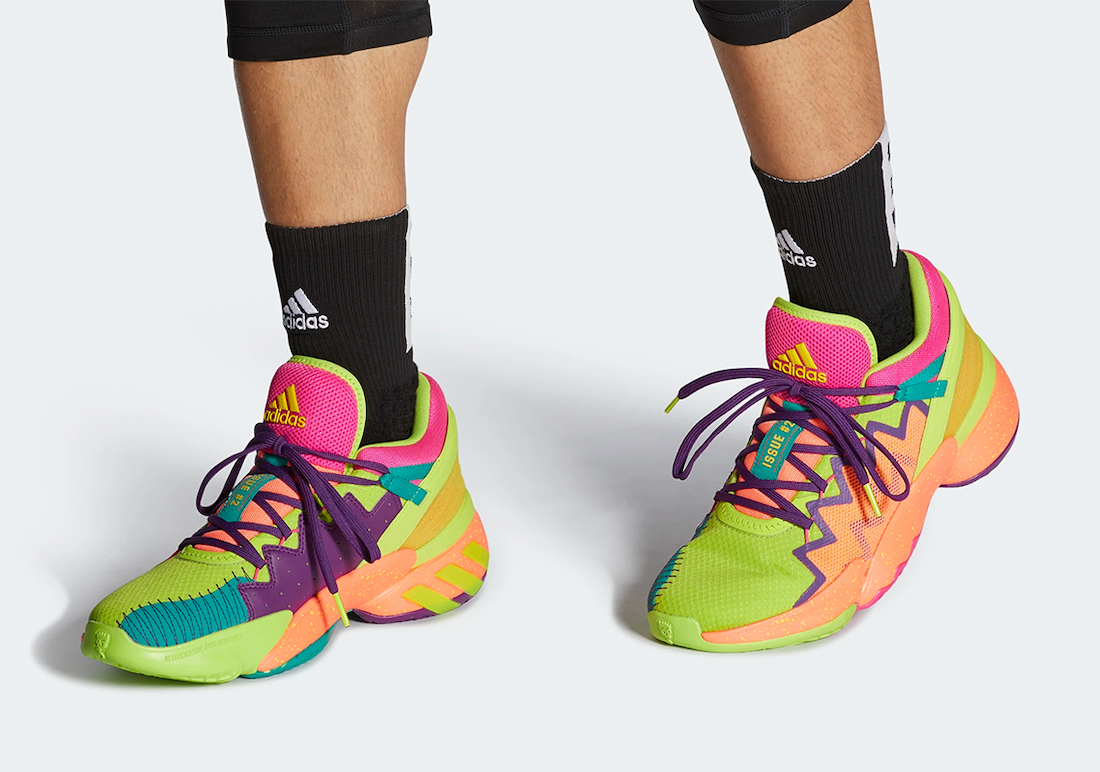 Donovan Mitchell’s second signature shoe, the DON Issue 2 is releasing in a ‘Multi-Color’ on Labor Day.

This adidas DON Issue 2 comes dressed in a Shock Pink, Semi Solar Slime and Glory Purple color combination. This Multicolor theme features Green on the base, Purple on the medial side, laces and trimming. Pink lands on the tongue and collar and teal detailing is seen throughout. On the inside of the tongue is ‘Prove Em Wrong’ and ‘Let Em Hate’ while inspirational words are placed on the insoles.

You can expect this DON Issue 2 to release at select retailers including adidas.com on Labor Day, September 7th. Retail price is set at $100. Below you can check out more images which will give you a closer look. 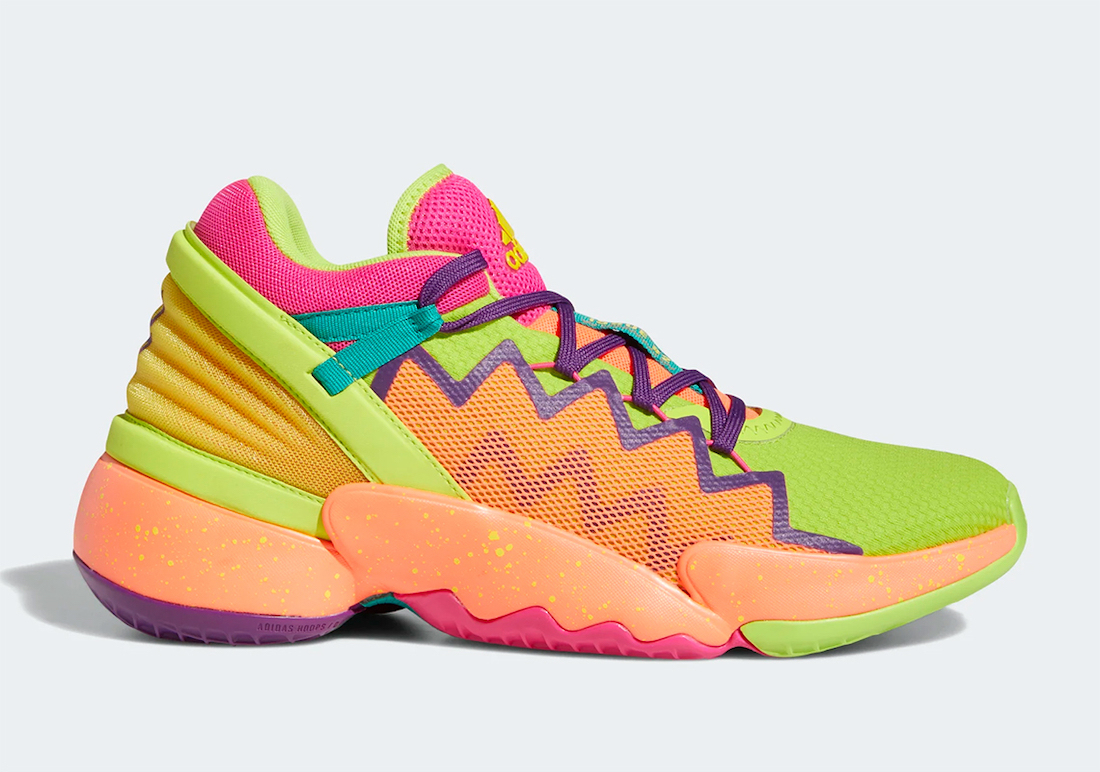 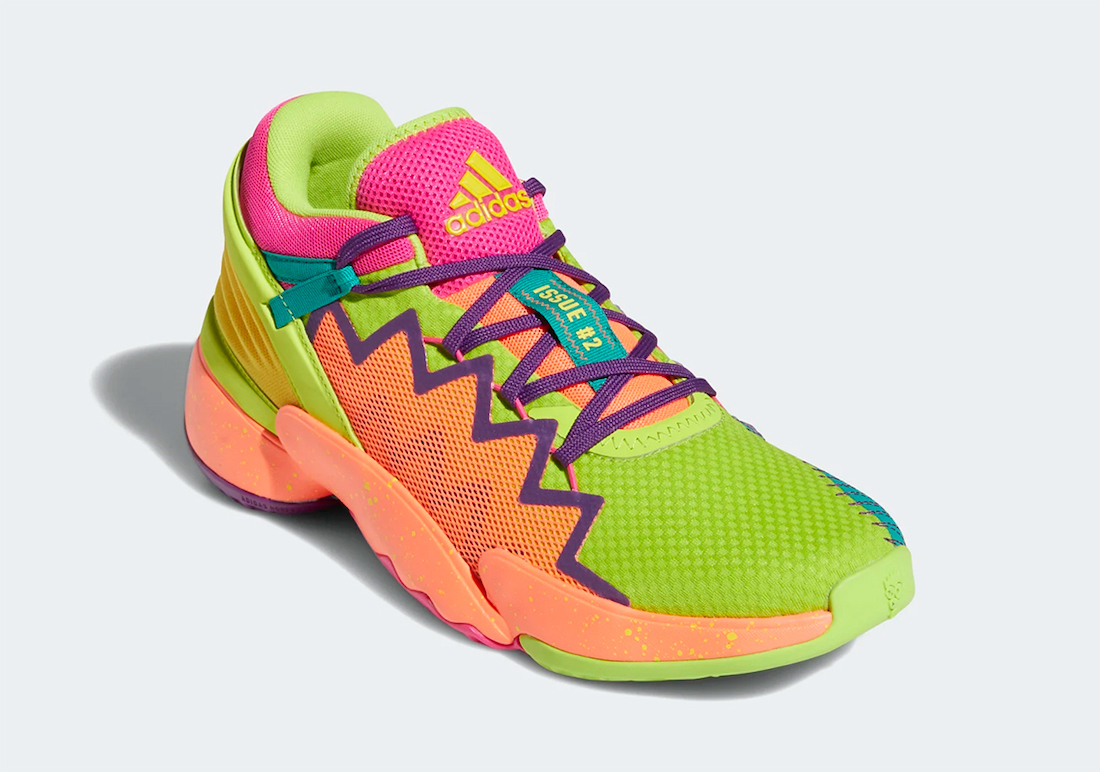 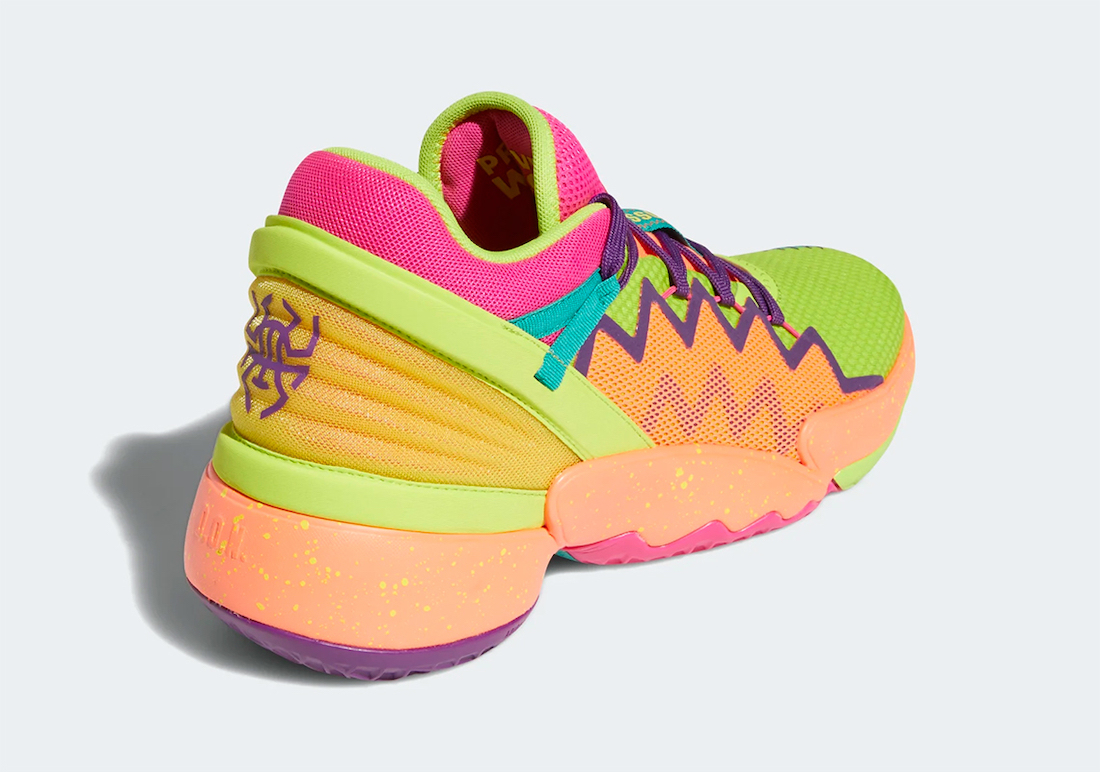 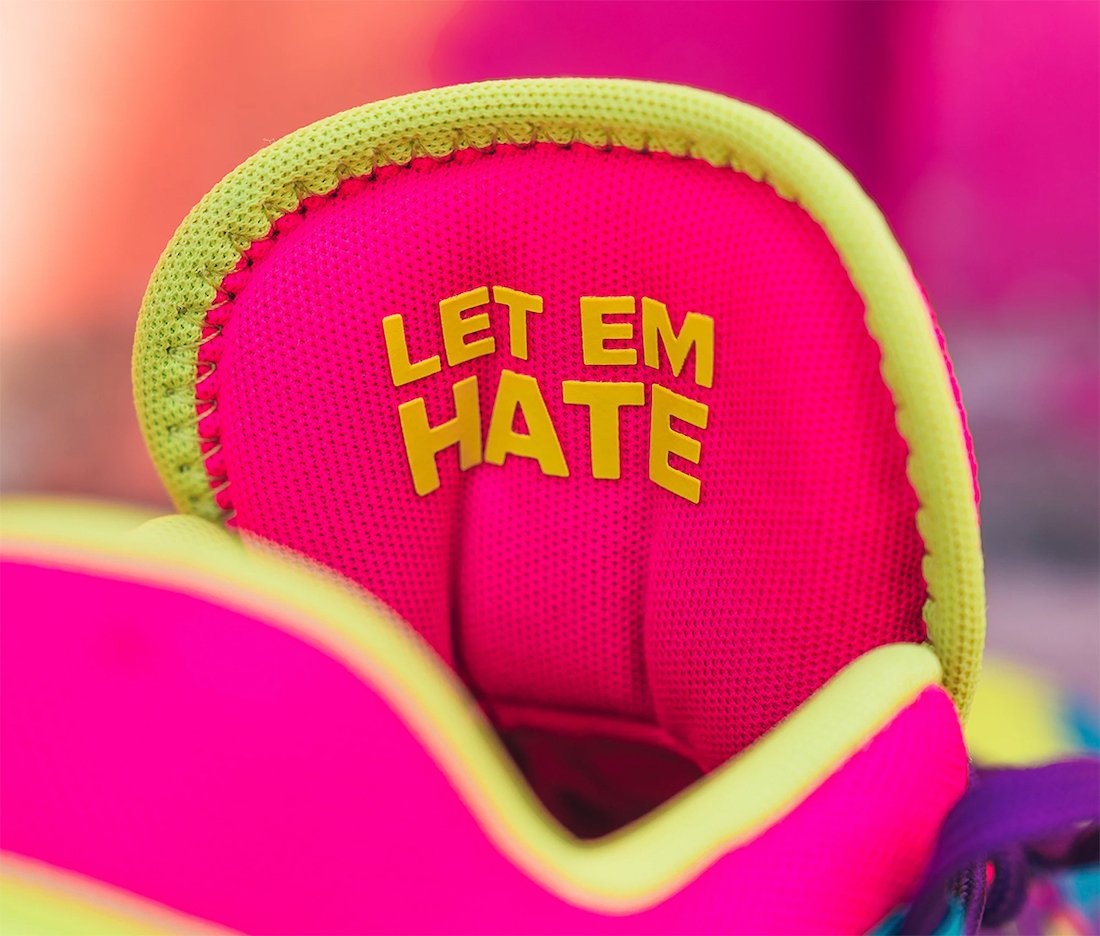 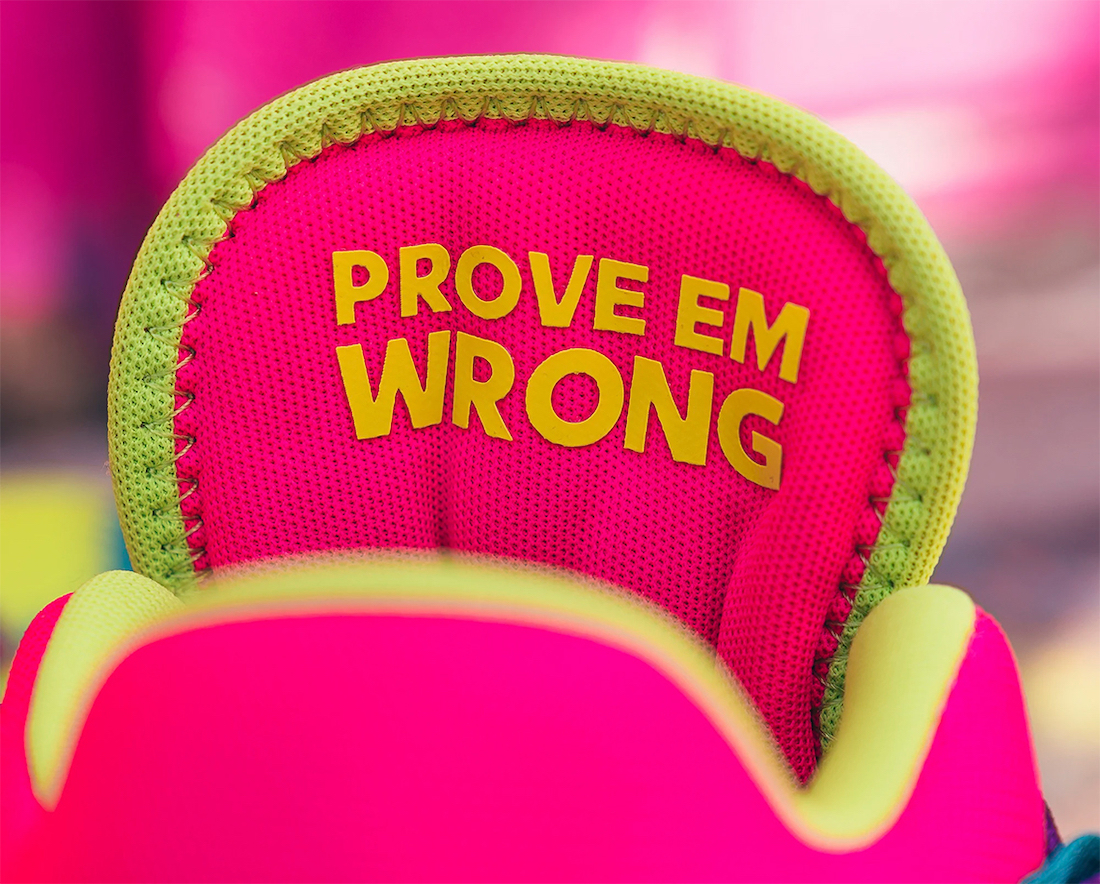 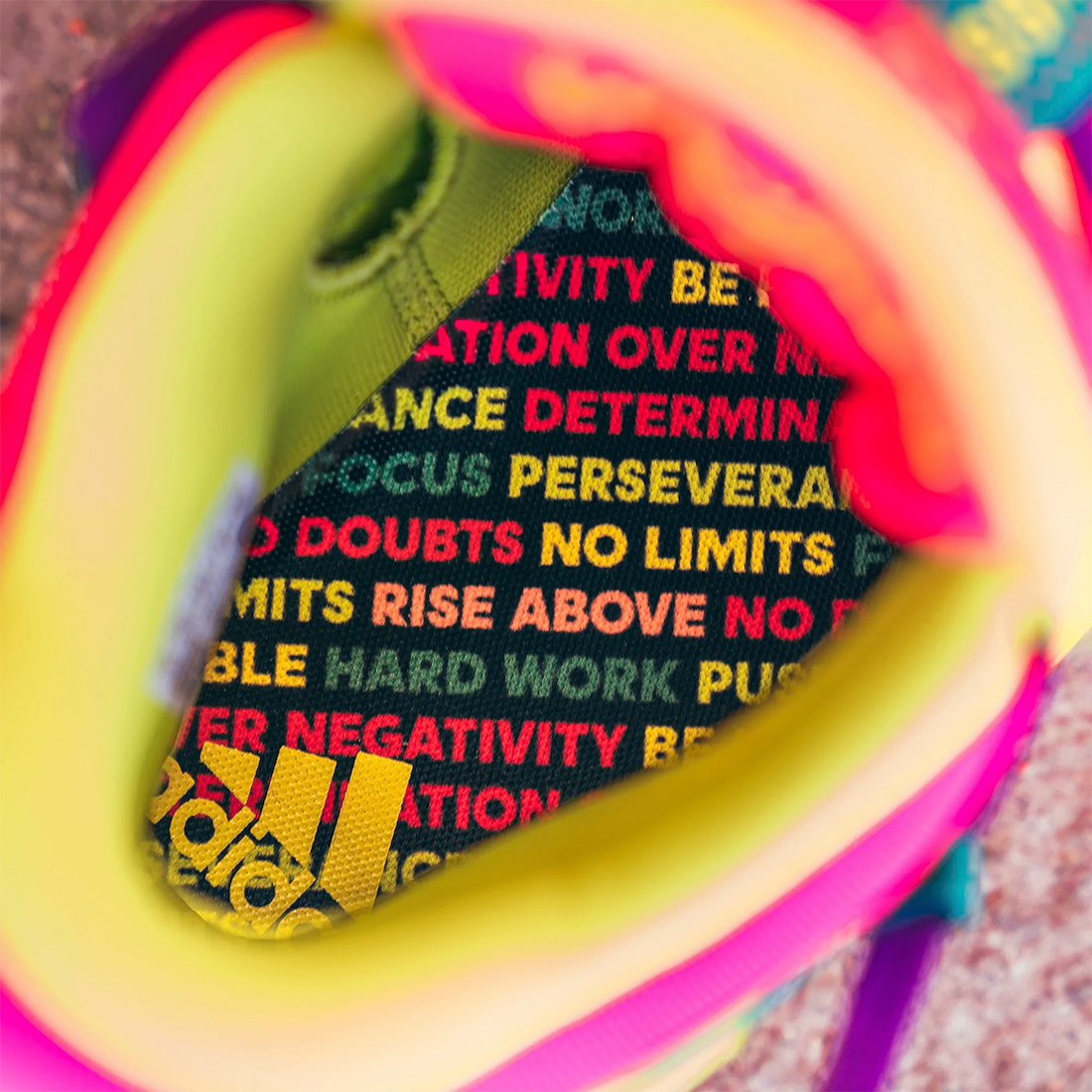 adidas Basketball and Donovan Mitchell are back for more. Following the success of the first signature sneaker, the electric guard and the Three Stripes officially announce its successor. The adidas D.O.N. …

adidas Basketball and Donovan Mitchell are back for more. Following the success of the first signature sneaker, the electric guard and the Three Stripes officially announce its successor. The adidas D.O.N. Issue #2 features key details that accentuate Mitchell’s high-caliber game.

The shoe features an engineered upper with a soft and breathable mesh as it improves lateral support through a webbed lacing system. The D.O.N. Issue #2 encompasses a BOUNCE midsole that arms Mitchell with enhanced comfort and stability for explosive on-court movements. While the details have been enhanced, the root of Mitchell and his signature sneaker continues to be the foundation of his success.

The Determination Over Negativity mantra continues to be the focal point of the second shoe now more than ever as Mitchell and adidas aim to be a vehicle for positive disruption on the court and in communities.

“I want kids to have my shoes not only because they are fans but because there’s a purpose behind them,” Mitchell said.

“I will continue to speak on what I feel is right and what needs to change. I don’t just speak for Donovan Mitchell, I speak for Black people and minorities knowing change is not necessarily happening next year or the one after that, but it does start with the future and that is where kids are.”

The D.O.N. Issue #2 kicks things off with two collaborations. The first continues tradition as Marvel and adidas team-up with a vibrant colorway. The Marvel x adidas D.O.N. Issue #2 “Spidey-Sense” is an ode to the Marvel superhero and Mitchell’s nickname and logo. The shoe also comes in a glow-in-the-dark upper for a radioactive feature.

The second collaboration hits closer to home as the Crayola x adidas D.O.N. Issue #2 comes in three different hues as the pack is dedicated to his mother, who is an elementary school teacher. The pack also draws inspiration from Mitchell’s passion to expressing oneself both on and off the court through sneakers, basketball, and beyond.

Mitchell’s sophomore sneaker makes its retail debut on August 28 with the “Spidey-Sense” colorway for $100. Alongside the release will be Mitchell’s inaugural apparel collection. Stay tuned here at Nice Kicks for more on the D.O.N Issue #2 as more colorways are in the works.

Donovan Mitchell is ready to launch his signature signature shoe, the DON Issue 2 which will be inspired by Marvel and known as ‘Spidey-Sense’. The first drop comes highlighted in Electric … 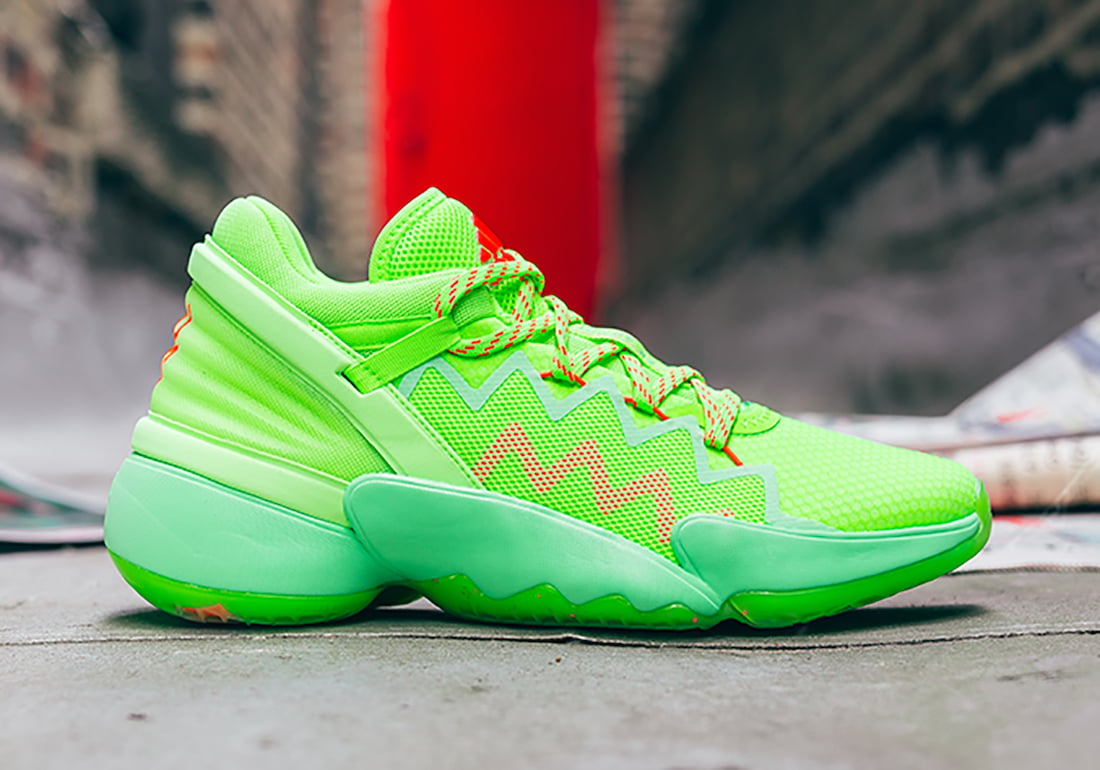 Donovan Mitchell is ready to launch his signature signature shoe, the DON Issue 2 which will be inspired by Marvel and known as ‘Spidey-Sense’.

The first drop comes highlighted in Electric Green “Spidey-Sense” colorway, fusing Marvel’s Spider-Man and Mitchell’s trust in his instincts to guide his actions towards positive outcomes on and off the courts. Highlighted with glow-in-the-dark details with Glory Mint, Signal Green and Solar Red hues. A Spider-Man graphic inside the tongue, “Spidey-Sense!” inscription on the lacing and “BOOM” and “POW” text on the outsole complete the comic book-like feel of the partnership.

New to the model is a higher heel counter calling attention to the guard’s spider-inspired logo. The upper features an engineered soft and breathable mesh that provides improved lateral support through a webbed lacing system.

You can expect the Marvel x adidas D.O.N. Issue 2 ‘Spidey-Sense’ to release at select retailers including adidas.com on August 28th. Retail price is set at $100. 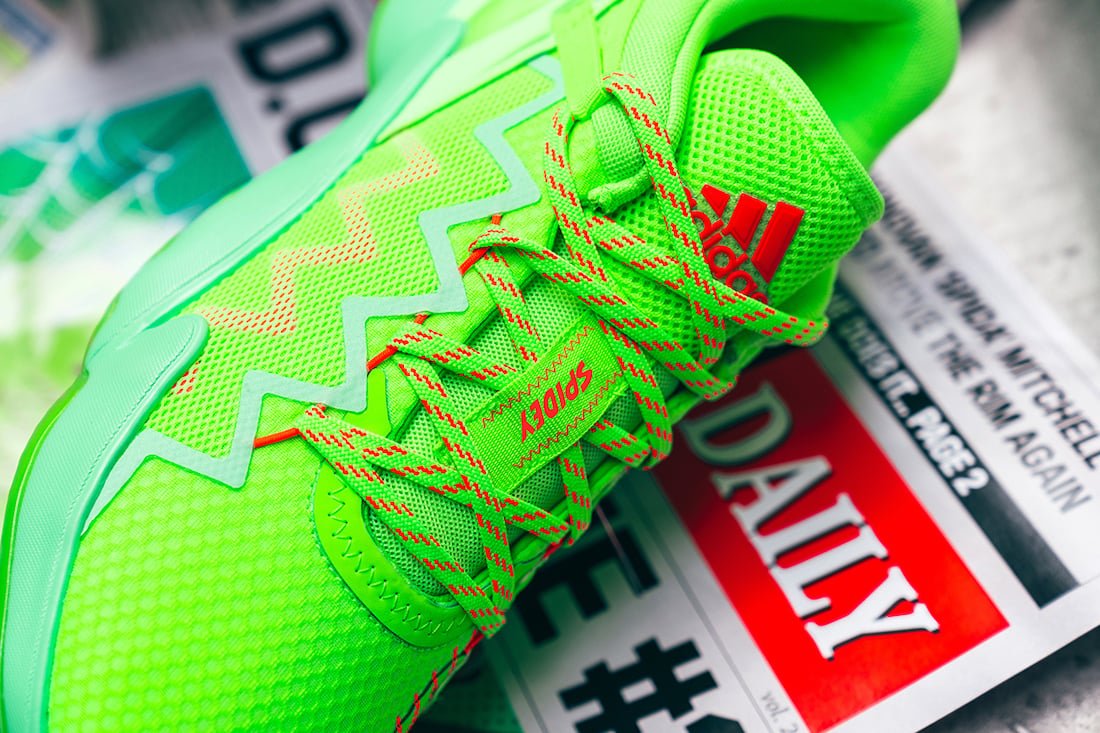 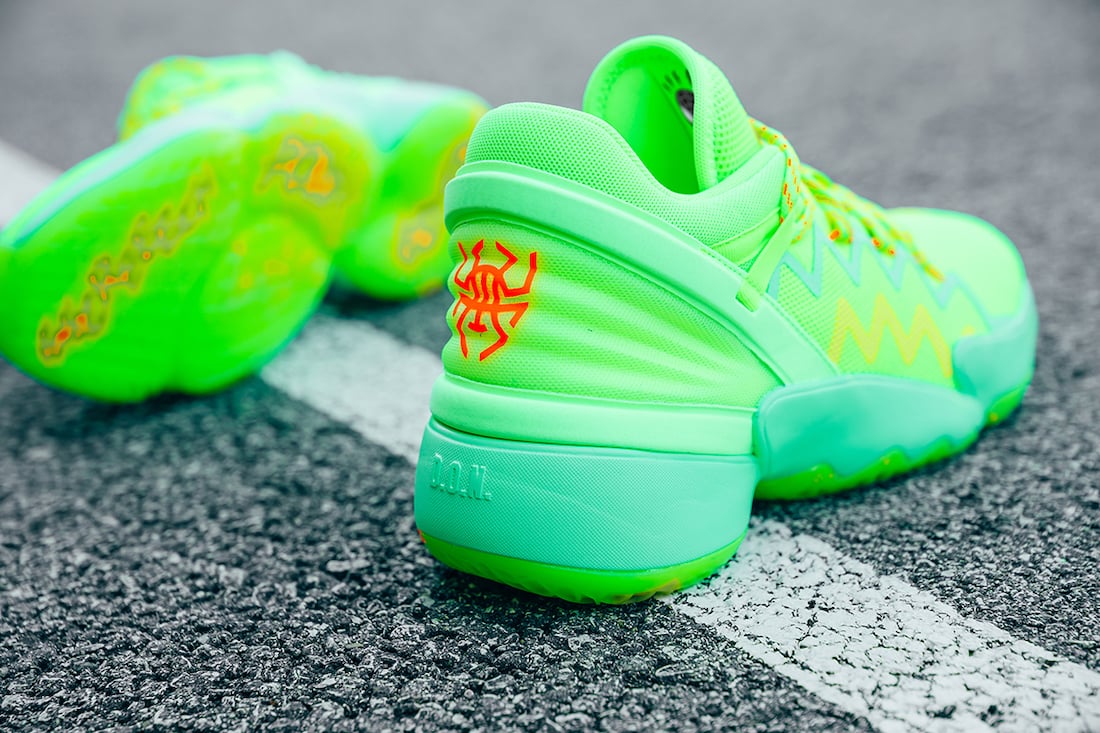 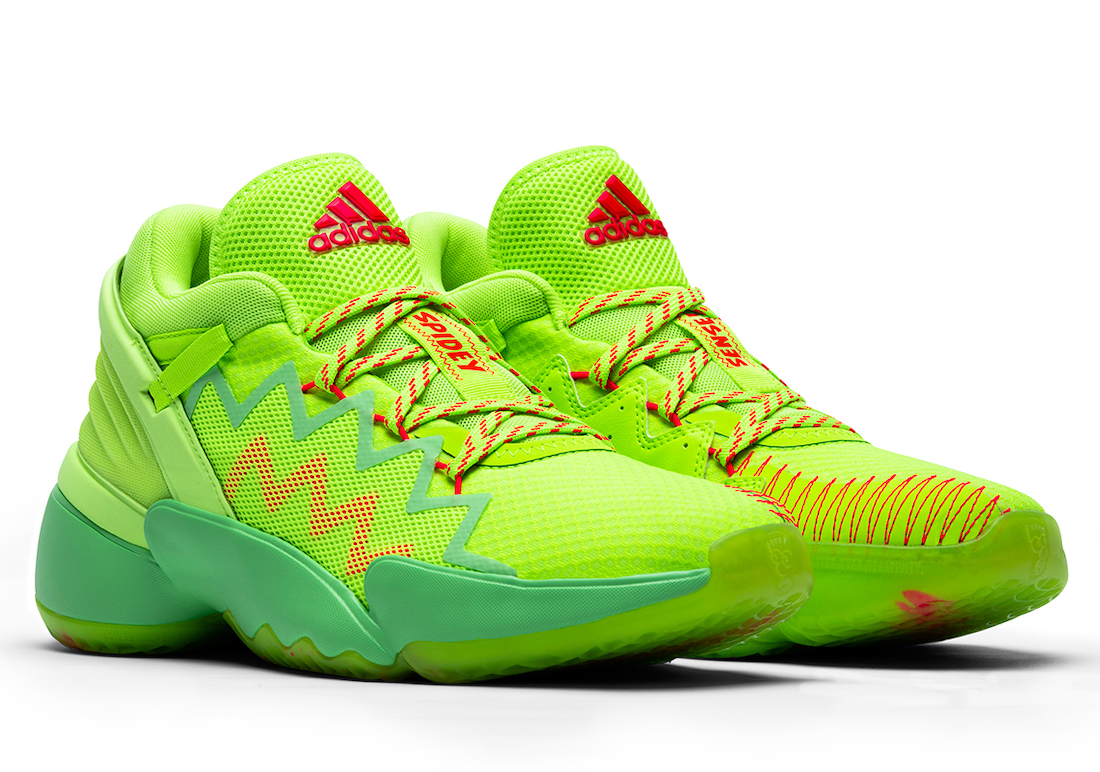 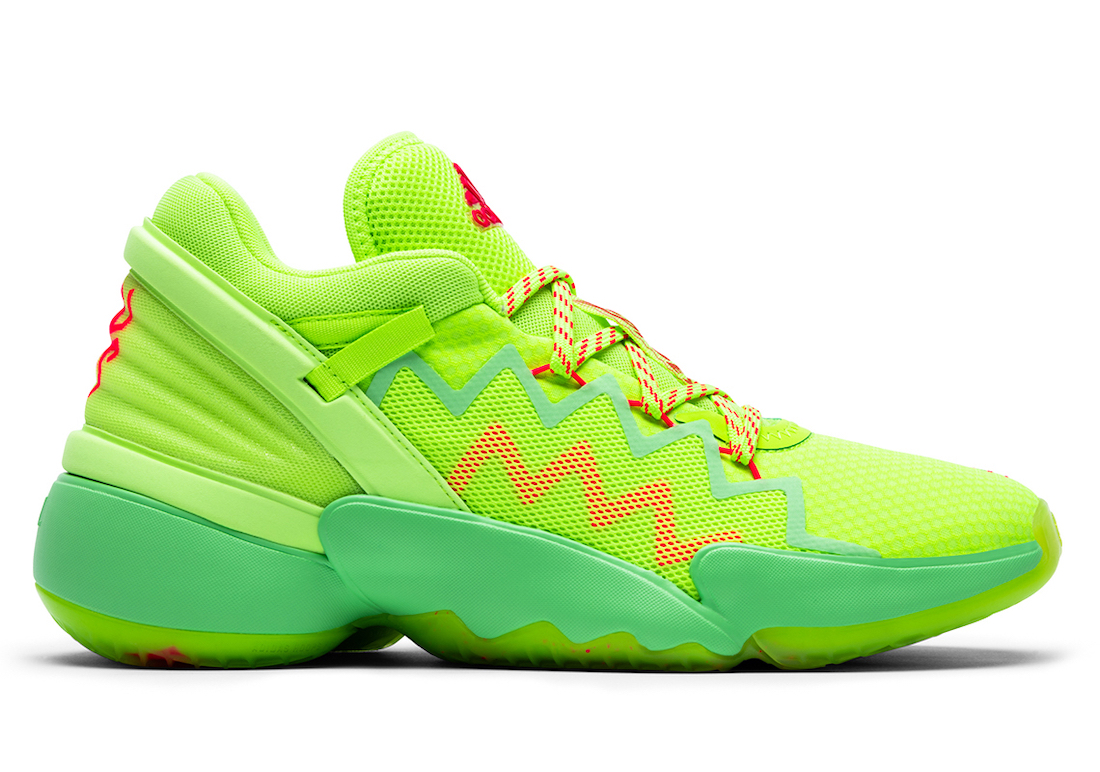 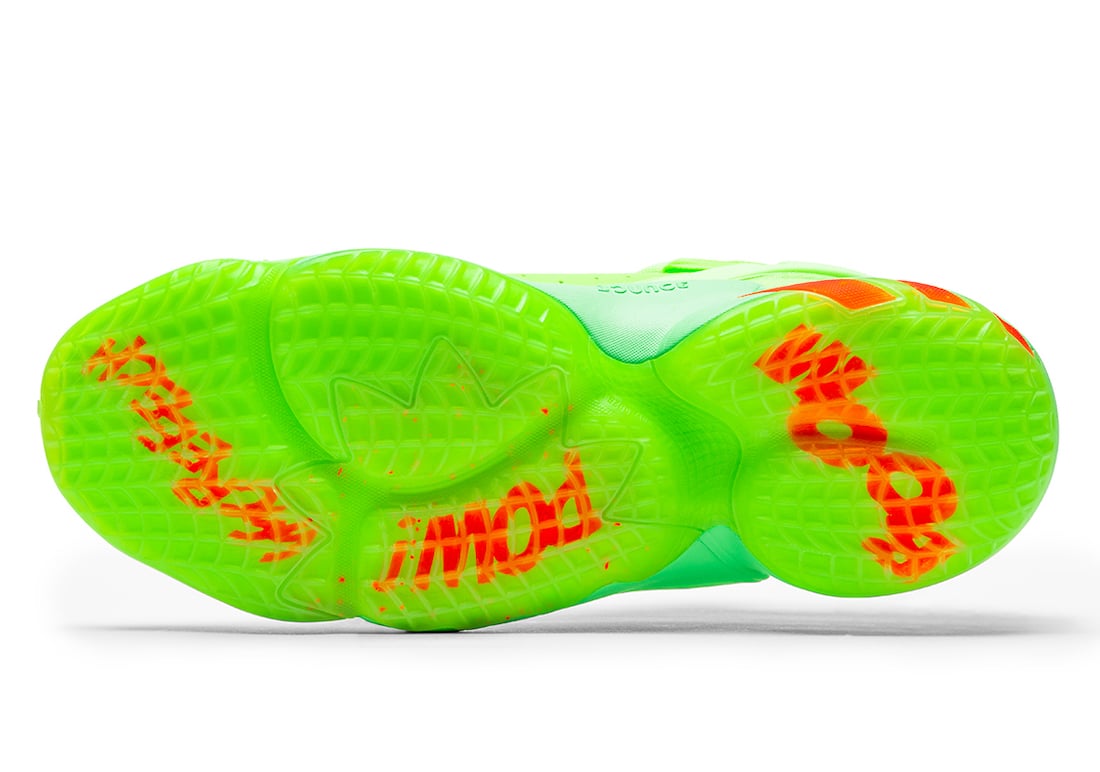 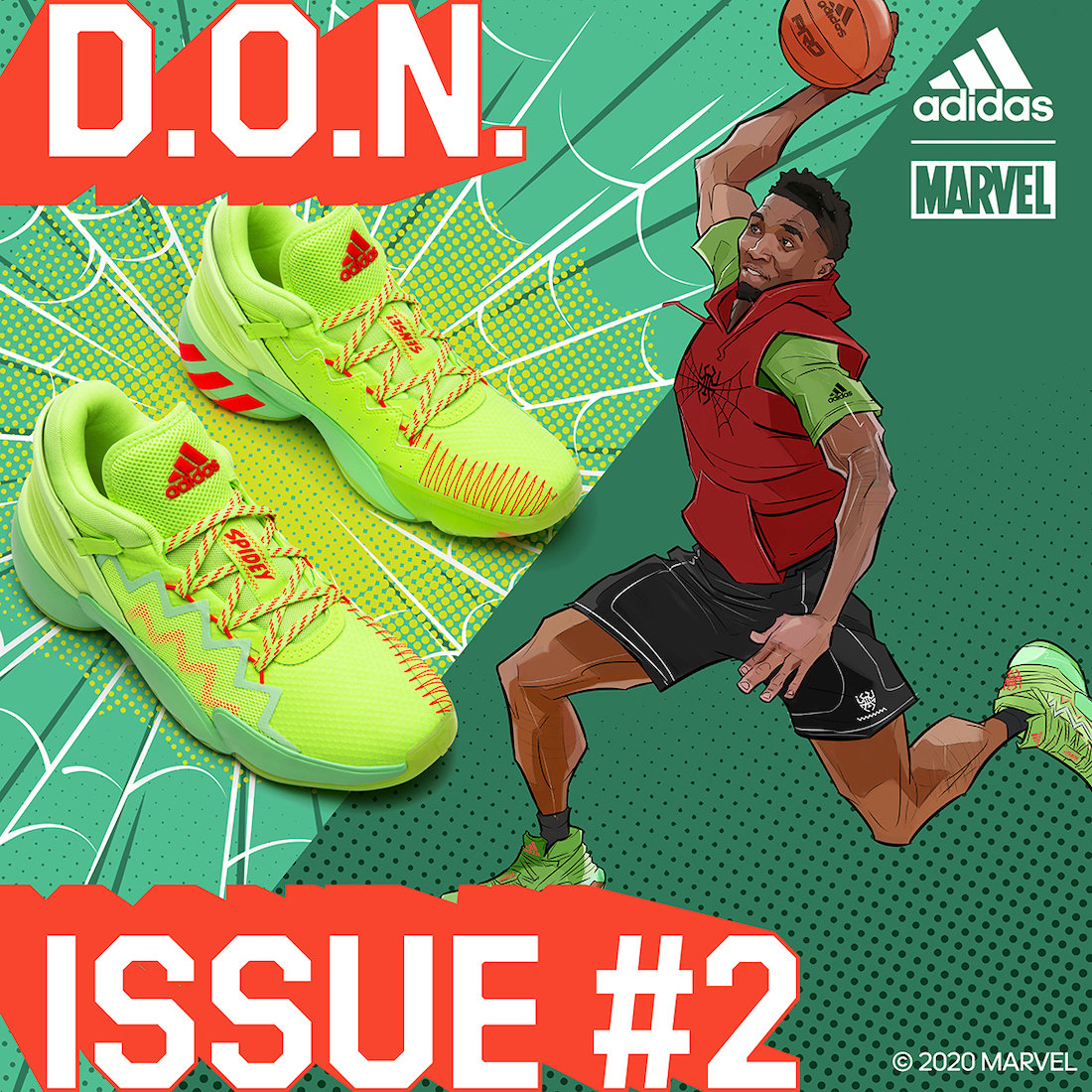